October events! All of these events are either Scixxy’s Greater Shows events, or SGS is a part of the event in some fashion (often by being the livestreaming service)

Virtual Séance with mentalist Paul Draper: October 4, 11 and 18 at 7:30pm and 8:45pm (Mountain Time). Buy your tickets here. See Paul Draper at Fear Factory’s historic industrial location and learn about the history of the séance and experience a theatrical experience from your own home…

$40. Some coupon codes available (drop us a line and ask about it!) 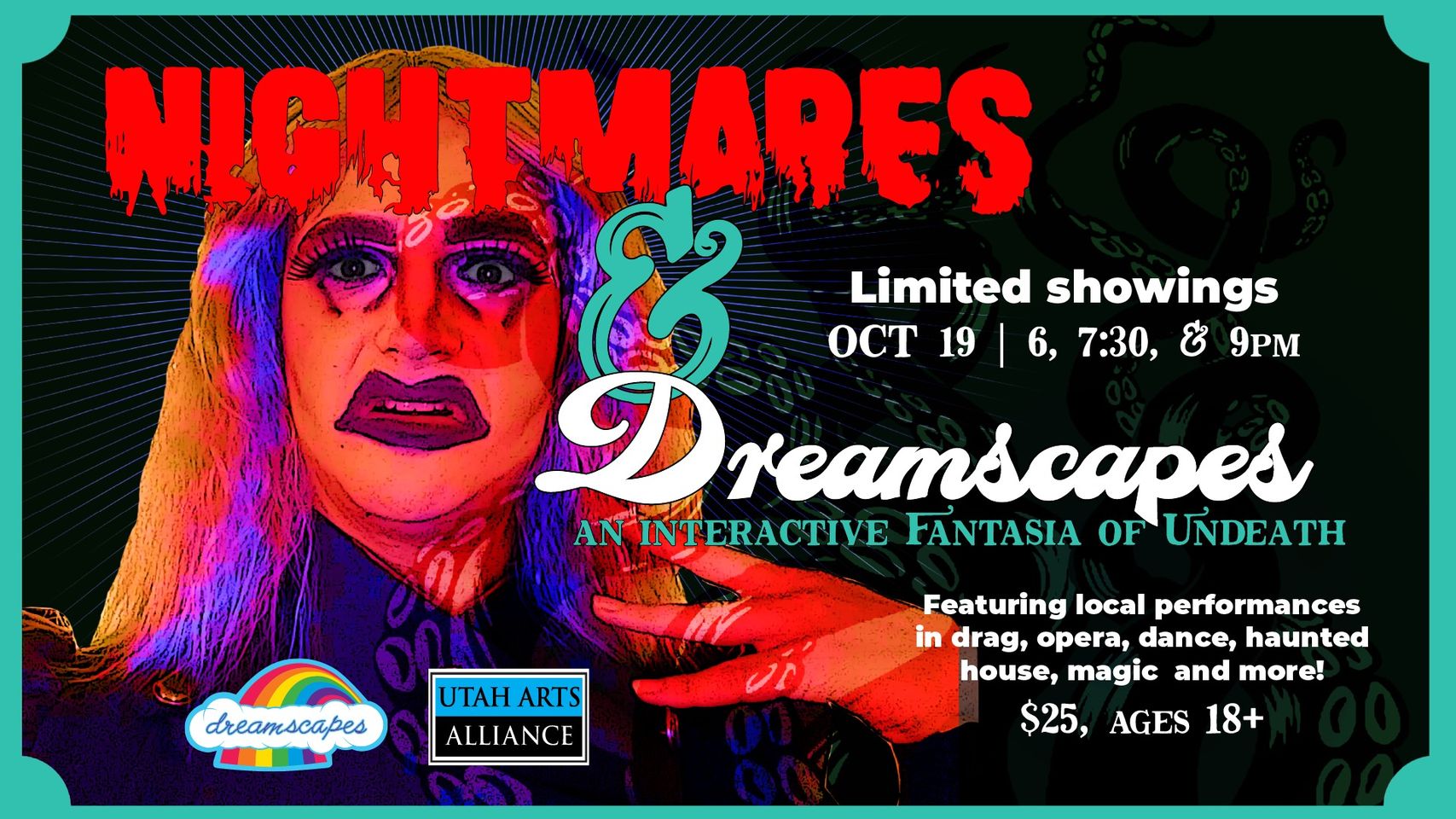 Rocky Horror Picture Show: Check out the Latter Day Transvestites performing their annual shadowcast Rocky Horror Picture Show on OIctober 22nd, 23rd, and 29th (8 o’clock show Mountain time). With Tower Theater closed for the year, Rocky has moved to Alliance Theater in historic Trolley Square to dress up and perform for you. Tickets are selling fast!

As an extra feature, the entire show will also be livestreamed worldwide! 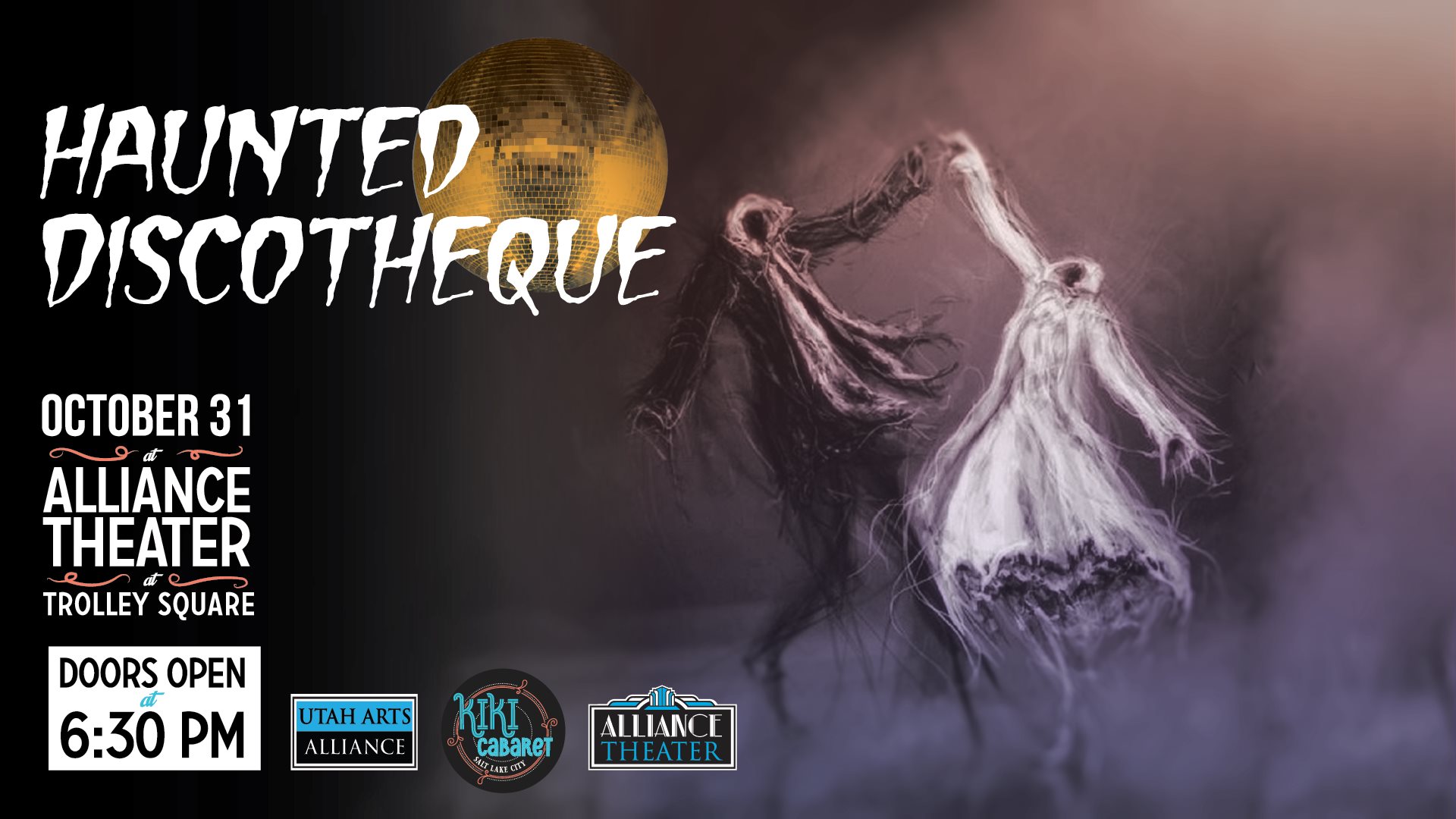 Deceased folk like to dance too! Some of the creepy crawliest creatures of fright will be unearthing themselves on Halloween night …to get freaky on the dance floor and have a dead man’s kiki! and more….Come join the fatal festivities at the Haunted Discotheque with Kiki Cabaret at Alliance Theater!

Music, costumes, a spooky seance, and unearthly beings hanging from ceilings! Pick your Poison Pregame!
We’ll be having a hell of a good time for our adults only trick or treat pregame at DuVin Pintor winery inside (& upstairs) at Trolley Square. Treat us with your presence and trick us with your costume and we’ll supply the poison and games!

This show will also be livestreamed worldwide!

If you choose to ignore this invitation something terrible will happen to you….
You’ll miss all the fun!

Tickets on sale now. General admission is $30, while virtual seating is only $15. Seating is limited so act fast…or else.

9/12/2021 SALT LAKE CITY – Louisiana’s popular sideshow troupe, Doctor Finnegan’s Circus, is stopping on its national tour at Alliance Theater, in Salt Lake City’s Trolley Square on September 12th, for a 2pm matinee show. Opening for these rapscallions is Le Carnivale Toxique, fan favorite of The Great Salt Lake Fringe Festival from The Puppets in the City.

This triop, dubbed the “Looney Tunes of Sideshow,” has been entertaining audiences of all ages from Boston to Austin and all around the country for over a decade with their modern theatrical twist on classic circus performances such as Sword Swallowing, Bed of Nails, and The Human Blockhead.Their performance at the 2019 Southern Sideshow Hootenanny in New Orleans, LA was awarded Top Performance amongst the nation’s very best performance artists.

Le Carnivale Toxique is a production of Puppets in the City, and explores what happens when would-be robbers discover a hidden carnival in the alley where they’re hiding. The weirdest, most wonderful show on Earth brings The Acrobats of O’possum Imposdiboe, the Fantastique Fishman, Madame Le Roche and the Giant Indestructible Tardigrade.

Puppets in the City is a non-profit performing and teaching company  providing puppets, puppet shows, workshops and general puppetry skills, with professional puppeteers on hand to teach and train in the art of puppetry. They also create puppets, scripts and shows for all ages with themes of no bullying, multi-cultural tolerance, and encouraging/developing literacy.

Kenshin Taiko, a cultural Taiko drumming troupe, will be thundering up the audience with “Taiko Tyme.” Kenshin teaches the art of traditional Japanese Drumming, with classes and drop-in sessions.

Alliance Theater is part of the Utah Arts Alliance, a Utah non-profit dedicated to fostering the arts in all forms to create an AWARE, EMPOWERED, and CONNECTED community.

This show will be livestreamed throughout the world, with an intimate studio audience at the theater where these stunning acts will be performing. Tickets are $10 for the livestream and $15 for a seat in theater.

Puppets in the City: https://www.puppetsinthecity.org/

For any questions, call Scix Maddix at 385 419 8790 scix@scixxysgreatershows.com

UtahTheaterBloggers.com tuned in to watch the livestream of the Hybrid show: Gonzo Rising Fringe Fest on Friday July 30 and published a stellar review!

SALT LAKE CITY — Over the past year or so, it feels like I’ve seen a million online performances. Scixxy’s Greater Shows’ Gonzo Rising: All-Weirdo Revue at the Alliance Theater is the first online performance that I truly wished I could have been in the live audience for—not because the livestream was bad, but because the live audience looked like so so so much fun. The show, available both in person and streaming on Twitch, is a series of variety acts performed by fantastic weirdo artists.

I am inclined to agree with every word of this glowing appraisal. It was (and is) an amazing performance by all involved, including the venue itself, Alliance Theater in Salt Lake City. The livestream turned out professional and fun, the show itself was one of our strongest to date, and the audience are all now fast fans.

As I mentioned at the beginning, I really wish I could have seen this performance live, not only because it looked like such a great environment, but also because they mentioned that there were otter pops in the lobby afterwards.

July 30 Definitely come to or tune into Gonzo Rising Fringe Fest tonight (or one of the rebroadcasts)!

What else is coming up at Scixxy’s Greater Shows?

Sept 3-5 is Urban Arts Festival, and we’re looking for a couple acts to fill in with Buskers Bus!

And watch this space in October for a special unannounced event at Dreamscapes!

And check out Constellations on November 4!

Not to mention the monthly Utah Arts Alliance Kiki Cabaret on the last Sunday of every month, which Scix is the Streaming Wizard for!

Lots going on, including not a few online magic shows with Paul Draper, Christopher Howell, Jonathan Levey and others!

Come out and watch, audition, or book us for a show or training! Willing to travel.

On July 30 in Alliance Theater, the old Gonzo Rising crew returns, bringing you performance art, clowning, magic and opera like you’ve never seen it before! The show will be simulcast to a livestream, so you can watch in your own home, from anywhere in the world!

Check us out at the Great Salt Lake Fringe Fest! Stay tuned for more!